When I take the Jubilee line at Waterloo and ride it for a while, I smell a hint of the water, and feel the air begin to change. Crossing the Westminster Bridge over the Thames, far in the distance, clear, but still small, I can see the Big Ben there on the horizon. As I come closer I can feel the restrained elegance of the Gothic architecture. The Big Ben Great Clock is kept in time by three clock engineers. These same three clock engineers also take care of the 1,500 clocks in the Houses of Parliament. Somehow I think to connect my EDIFICE to my smartphone using the Bluetooth technology, to check the perfectly correct time.

I was sitting on the bench next to the river, relaxed. Then I went back to the underground, heading to a café in Soho to meet my friend. The world's first underground railway opened in London in 1863. Because this rail system was called “Metropolitan Railway”, now a lot of countries use the word “Metro” for their underground rail systems. This historical underground is still used everyday by thousands of people. Even today, if there is a delay or stoppage on one of the lines nobody seems to be angry or annoyed here. Londoners really know how to keep calm and carry on. They just take the other stairs, or another escalator and go to another platform and carry on. Londoners deal with time in a very sophisticated way.

In my previous trip to Tokyo I had learned that “Japanese arrive 10 minutes before a meeting”. Here in London there is a slightly different manner. My friend at the café told me “In England the correct etiquette is to arrive five minutes late to a meeting.” When invited to someone's home, one should think that “It is not always good to arrive earlier than promised.” It is a culture that respects the situation of the other. Whichever culture you choose, EDIFICE will tell you the time promised accurately. 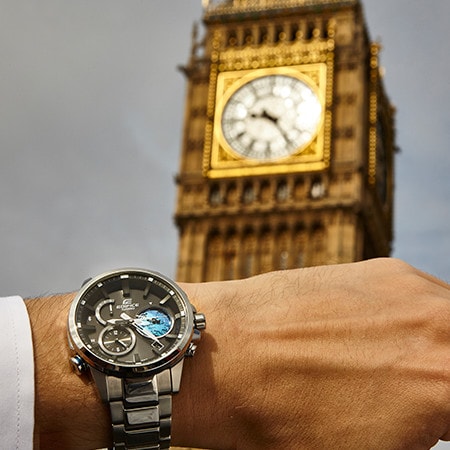 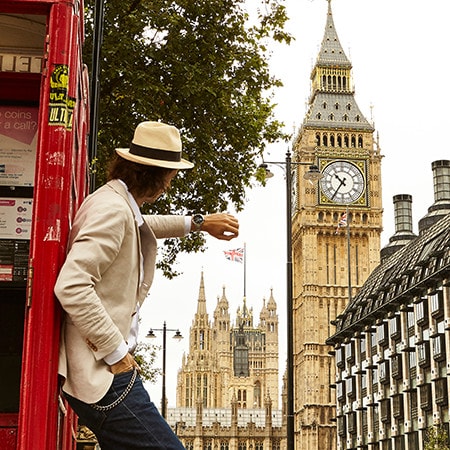 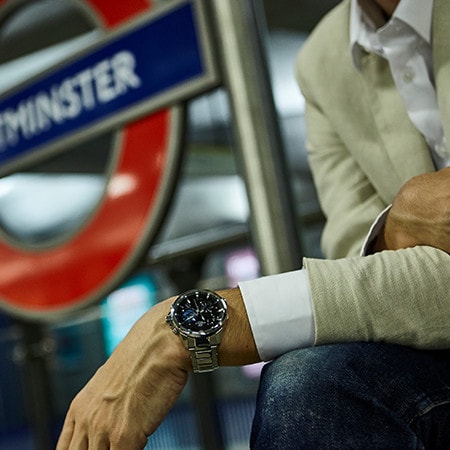 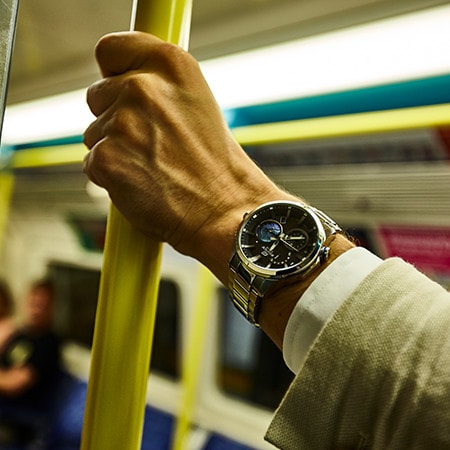 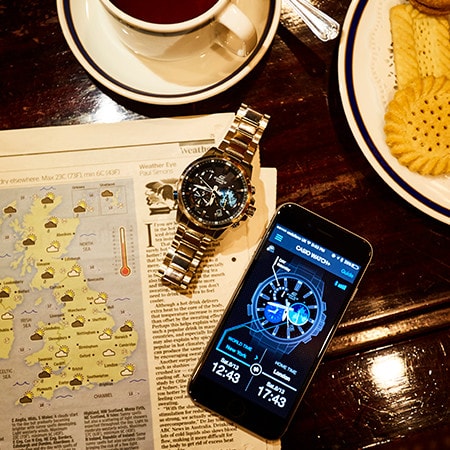 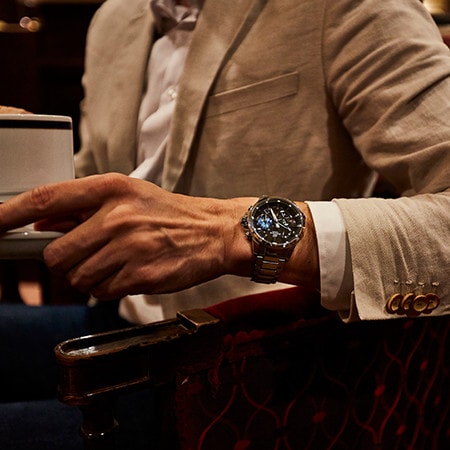